Latest News:
8th of May - leader of the Casting Workshop for Babes Bolyai University Cluj, designed specially for the 3rd year students, acting studies.
17-26 June - 10 for film Coordinator of the 11th Edition - an industry programme during Transilvania International Film Festival, Cluj.
22-24 th of June - leader of Self Tape Workshop for professional actors, together with the actress, director and acting coach, Bettina Lohmeyer (DE), during TRansilvania International Film Festival

2022
February - During General Assembly of ICDN Florentina Bratfanof was eleted to be one of the advisory board members.

April -June - jury member for nominating Semiramis Best Casting Award, Florentina Bratfanof being one of the ICDN members that watched 19 films produced around the world.

8th of May - leader of the Casting Workshop for Babes Bolyai University Cluj, designed specially for the 3rd year students, acting studies.

17-26 June - 10 for film Coordinator of the 11th Edition - an industryprogramme during Transilvania International Film Festival, Cluj, during which Florentina Bratfanof was responsible with programme curation and organisation of the event, including workshops, meetings, talks with industry professionals, online Meet and Greet with ICDN Members etc.

22-24 th of June -  leader of Self Tape Workshop for professional actors, together with the actress, director and acting coach, Bettina Lohmeyer (DE), during TRansilvania International Film Festival

2021:
15 -24 October, Bucharest - jury member for the 11th edition of Bucharest Fringe - The Independent Theatre Marathon
4-6 October, Iasi - leader of Self Tape Workshop for professional actors, in Iasi, together with the actress, director and acting coach, Bettina Lohmeyer (DE), during Iasi International Theatre Festival for Young Audience
27-29 august, Focsani - trainer for teens on How to make a video presentation of yourself that could impress the viewers @ Boovie Festival


2020:
Florentina Bratfanof, together with Bettina Lohmeyer (acting coach, actor and director), set up to deliver Self Tape Workshop (online via zoom from 30th of September til 2nd of October) for Romanian Actors.

!!!! 'Touch Me Not' written and directed by Adina Pintilie won The Golden Bear and GWFF Best First Feature Award at Berlinale 2018. 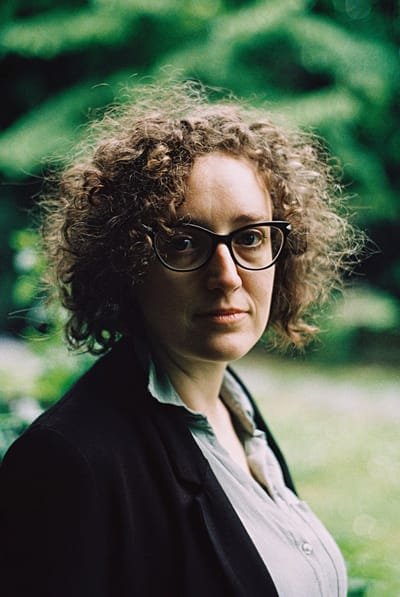 I grew up staying very close to the artistic process, paying a lot of interest in composition, image, creating characters, since my father is a painter (Eugen Bratfanof), the artistic environment influenced by deeply.
In 2000 I began to work in a small independent theatre in Bucharest and for 10 years I supported in various level the artistic process, as coordinator, PR officer, artistic consultant.
In 2011 I began working in the film industry as a Talent Scouter, discovering, little by little, the creative process behind a Casting Director's work.
Since 2014 I am proudly working independently as Casting Director for producers and directors I value artistically, always having in mind the huge potential of Romanian actors.

2018/ 2021 - Casting Director for feature film To The North written and directed by Mihai Mincan, produced by deFilm;

Real people living in Romania, coming from all social classes and ethnic, age and gender categories are going on stage to tell a story which changed their lives. Each story is true and each voice is authentic, so the shows fall in between documentary and theater. The result is a picture of Romania today, 100 years after the moment this country was founded. A complex, deeply moving puzzle able to inspire the audience, a live archive.The art of storytelling becomes one more time an instrument of knowledge and a way of learning tolerance.
www.microistoria.ro

Padurarul written and directed by Norbert Fodor, produced by deFilm;

The casting process for Touch Me Not involved very much a large amount of research on performance art in Romania, contemporary dance, physicality, creating a character, but also consisted in video improvisations with Romanian actors.

Ibsen Awards has awarded the Romanian project “Hedda’s Sisters. Empowering Women Theatre Artists in Romania and Eastern Europe” an International Ibsen Scholarship 2014. The project initiated by theater critic and curator Cristina Modreanu focuses on Ibsen’s feminine characters, aiming to use them as a tool to showcase contemporary women’s perspective and empower Romanian women theater artists, extending the conversation to the Eastern Europe too. The project was produced by Romanian Association for Performing Arts.

2011 – 2013 Talent Scouter for Media Pro Pictures. The main project was the Scouting Caravan in 9  cultural centres/ cities in Romania.

THE SELF TAPE WORKSHOP

Self Tape Workshop is meant for professional actors who want to polish their craft and technique to create valuable self tapes. During this 3 days workshop the participants will be able to explore a hands-on approach into the truth of creating character, achieving not only the technical aspects of making a self tape, but opening up to the characters possibilities and life, with few important practical choices. The actors/actresses will achieve important steps into becoming autonomous in creating a character, even if they will have little context and a short monologue.

“I met Bettina several years ago in Berlin, during a masterclass Creating Characters lead by  Susan Batson. In one of the night sessions Susan Batson invited Bettina to show her work for the character Bette Davis (after that turned out to be a one-woman-show). I remembered it was breathtaking everything that Bettina created on stage, as if Bette Davis suddenly appeared among us. We kept contact and during the lockdown Bettina invited me to be part of an informal group of actors that wished to continue working for their characters, even if they could not perform live in front of an audience. Our weekly meetings online soon became a ray of hope and professionalism during some uncertain times. We had this idea to start a workshop for Romanian actors – even though the working language is English – for that Bettina will have the chance to know their talent and potential and for the actors to receive specific and practical support in the work of creating their own characters.” - declared Florentina Bratfanof

The working language is only English, so all the participants must be fluent in English.

After confirming their participation (we have a limited number of participants: 10) all actors will receive 3 monologues from which they can choose one to make a self tape to be send in due time before the start of workshop. During the workshop they will work together with the workshop leaders on getting more and more specific and making best choices, also for framing, light, eyes line etc.

STW is created by Bettina Lohmeyer – worldwide experienced acting coach, based in Berlin and  Florentina Bratfanof, Romanian casting director. They met during the master classes Creating Characters led by Susan Batson in Berlin and their partnership grew organically during COVID19 crisis.

If interested to invite this workshop during a festival or a cultural event, please drop a line at florentina.bratfanof@gmail.com. 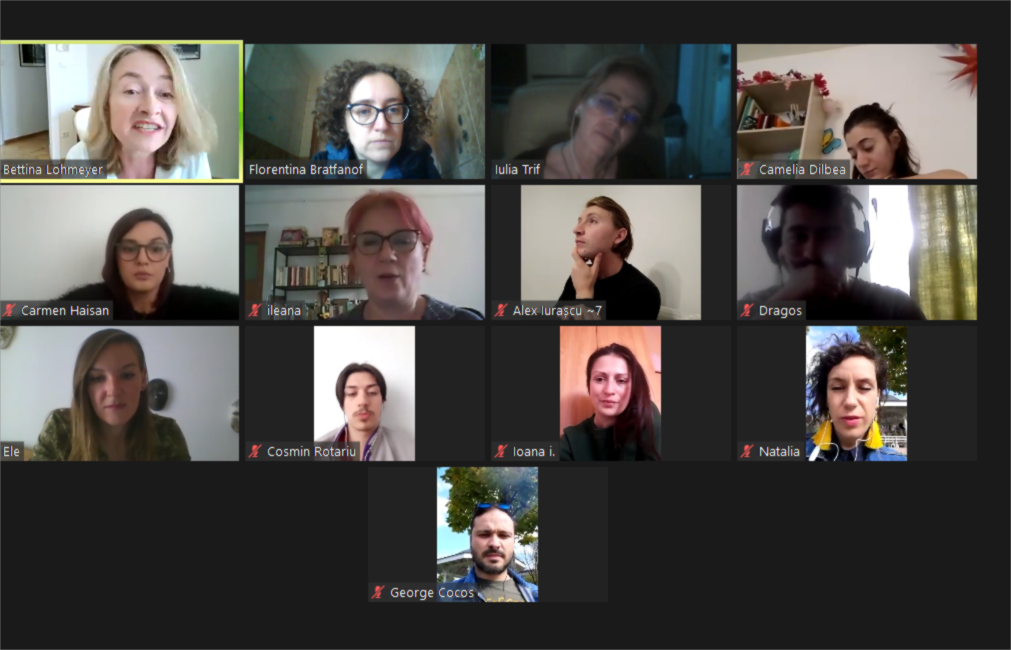 In 2011 I chose to follow this path of Talent Scouter and then Casting Director out from a great admiration of the creation process (in performing arts and films) and a personal belief that I am merely a point of access (sometimes a creative one) for you to create characters.

Since 2014, after working with Adina Pintilie, I became a great admirer of Susan Batson generosity, will and commitment towards the truth of acting process and I began to follow every year her workshop in Berlin, workshop organised by Interkunst Berlin. I didn't follow the workshop to become an actor, but just to be able to understand better the stakes of your work.

I also hope this platform will be an open door to get to know new talents and their artistic work, so you can send me your portofolio at florentina.bratfanof@gmail.com.

- showreel or an audition

I hope to meet you soon for a film or performing arts project!

Note: If you send me your portofolio, I understand the fact is intended only for the addressee named above. The contents will not be disclosed to any other persons excerpt directors and/or producers nor copies taken. Florentina Bratfanof Casting Director is GDPR compliant.

Articles in Romanian (about the castig process) This category is underconstruction. In the following weeks it will appear several articles about the casting process since I begin my work as Talent Scouter and Casting Director in 2011.